Ha! I don’t know if he knew who he was talking to… but then as I started answering the questions, he thought I was a FREAK and shut me down! Find out the full story in this weeks video.

PLUS – get my 5 steps that will get you to where you want to be… guaranteed!

Until next week – keep on inspiring!

PS. Have you registered for my limited and exclusive online masterclass on how to install an Ultimate Success Psychology. Hurry, I don’t know how long I can keep it running for free! 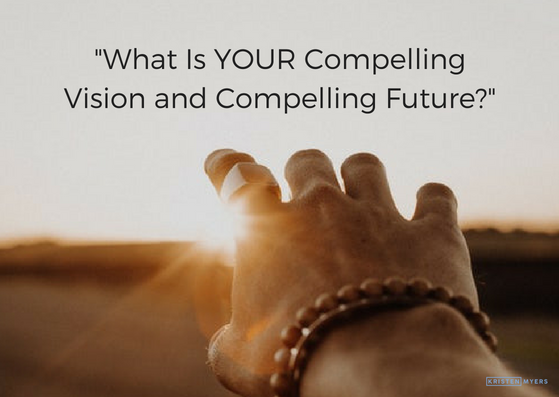 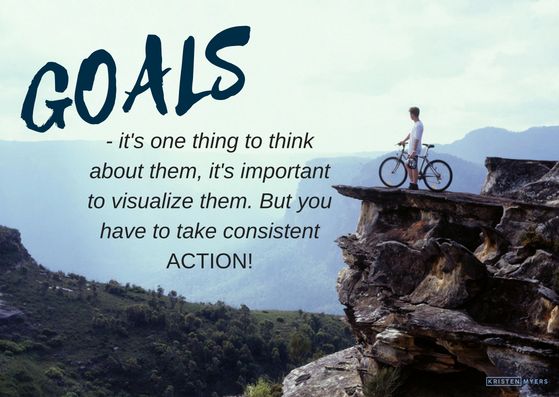 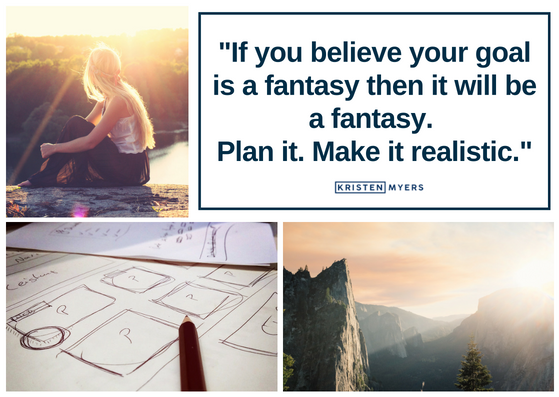 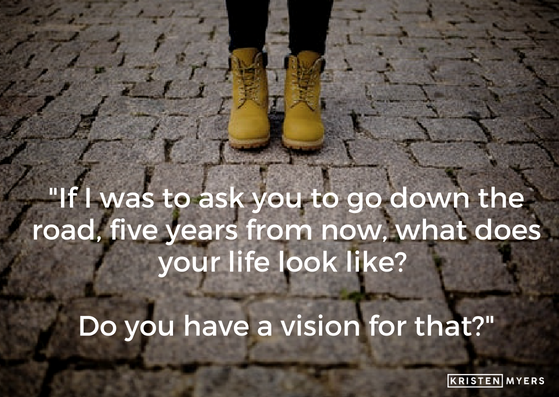 The following is the full transcript of this video with Kristen Myers. Please note that this video features Kristen speaking extemporaneously and unscripted.

– – I started going to a new gym recently and when I was signing up the trainer there was asking me, what’s my goal? I thought, oh that’s a good question? Nice open question, let me think about it. I’ve left my corporate role a while ago, and I’ve started this brand, this business of helping people install an ultimate success psychology so they can achieve all of their goals. He’s like, whoa, whoa, whoa, are you crazy? No I just want to know how much weight do you want to lose? And I was like, oh that’s what you mean by goal, that’s not my goal. He goes well what is your goal, your fitness goal? I went, oh okay, fitness goal, well I guess I just want to get in better shape. So that got me thinking about goals, so let’s talk about that today.

Hi, I’m Kristen Myers, and I’m the founder of Next Level Coach Co. We help people install an ultimate success psychology in their unconscious mind so they can achieve all of their goals faster. With the right psychology and the right mindset then anything’s possible.

So thinking about goals, what is a goal, and what is a vision? Can you complete this sentence? Without a vision people… people perish right. People perish without a vision as the saying goes. The thing with visions is we need to have one and if we don’t have one then there’s no compelling future for us to look forward too, and that’s a pretty boring or bleak or unhappy life right. So having a vision, a compelling vision is really important. So my question to you for today is, what is your compelling vision, and what is your compelling future? Do you have a to do list for today? Do you have a goals for today? It doesn’t matter if you do or don’t, but what about for this week, or this month, or this year, or the next five years. If I was to ask you to go down the road, five years from now, what does your life look like? Do you have a vision for how that is? If not, why not? Why not just make one up? So many times I hear people tell me about what they don’t want, but when I ask them about what is it that they do want, they don’t know. So I want to talk to you today about the five step ultimate success formula that can help you get anything you want, so any kind of goal you want, you can get there with these five steps. Do you want to know what the five steps are? Here they are, let’s go.

Step one, decide what you want. It’s a simple one right, but like I said, so many people know what they don’t want, but they don’t know what they do want. So figure it out, create a goal, a smart goal that’s simple, that’s specific, that’s measurable, that’s achievable, that’s realistic and timely, put a time on it. So for me when I like to think about goals say one year from now, I think one year from now, so in, what is it now, end of August, so in August 2019 I am now whatever the goal is. So you put it in present tense. So it is now August 2019 and I am now blah. So you fill in the blank for whatever the goal is for you. That makes it real and compelling.

Step number three is take massive consistent action every day, every week. You’ve got to take consistent meaningful action. Going to the gym once, lifting the weights once that’s not gonna build you the physique, the body, the muscle, the strength that you want. You’ve got to go consistently, so if you go to the gym two, three, four times a week then that’s gonna make a huge difference and it’s the same for achieving your goals. So you’ve got to take action, it’s one thing to think about them, it’s certainly important to visualize it but then you’ve got to follow up by actually doing what you say. Rather then knowing it all, you’ve got to actually go and do it.

Step four, evaluate the feedback, see how it’s going, after you’ve been taking all of the action then look at what’s working and what’s not working. I think it’s fair to say that we’ve got to test and learn, we don’t learn unless we make mistakes and get things wrong. I don’t think you’re gonna get everything right the first go, I certainly haven’t got everything right the first go. So you’ve just got to keep doing it, keep trying it, and evaluate the feedback and use that feedback to help you improve, makes sense right?

So what are the five steps, let’s go through them again. One, decide what you want, what do you actually want, what is your compelling vision, your compelling future. Step two, plan it and make it realistic. By planning it you can make it realistic, by making it realistic you can plan it. Step three, take consistent and meaningful action to achieve the goal to bring it to life, to bring it into the real world, make it happen. Step four, what’s step four, evaluate the feedback. And step five, change your approach until you get what you want. Just keep doing those five things over and over and you’ll get there I promise.

That’s all for today’s video, a nice and short one. I hope you’ve enjoyed it. If you haven’t already checked out my masterclass on installing an ultimate success psychology in your unconscious mind, go and register now. I’ve got it up there for free for a limited time, I don’t know how long I can keep it free for because it costs me money to run it. So it is there for free, I want you to go and get it, take advantage of it, it’s at kristenmyers.co/masterclass, kristenmyers.co/masterclass. Get my free ultimate success psychology masterclass. Go and get it now, go and sign up, and until next week inspire yourself and let’s elevate to the next level, cheers.

Simple steps to wake up refreshed

Hi, Kristen here - You know better than me that sleep is one of the most important components of a healthy, productive and happy life… yet many people I’ve spoken to have told me they have trouble getting to sleep, staying asleep or have an overactive mind…...
Watch Now

The #1 Thing That Makes All The Difference

Hi, Kristen here - after speaking to so many successful people in the past week, I’ve found there is 1 key ingredient that they ALL have in common. It’s the 1 thing that makes all the difference. It separates success from failure, happiness from misery, and...
Watch Now

5 things that will kill your dreams…

Hi, Kristen here - Do you know what’s holding you back? What's between you and your dreams? I always wanted to be an entrepreneur... but some things got in the way and I went down a different path. Have you also had a dream, or big idea... got really excited about...
Watch Now

How to set goals and achieve them

Hi, Kristen here - in June, we’re approaching the Australian end of financial year - which means that many people in the corporate world will be looking at the goals they set a year ago and reviewing if they’ve achieved them… (because it might affect bonuses, right??)...
Watch Now

How To Rewire Your Money Mindset

Hi, Kristen here - Do you agree that we could all do with some extra money, cash, coin, moolah? We all could right? BUT - did you know that however much you’re earning right now, however large or small, is pre-determined by YOU and your unconscious psychology!...
Watch Now

How To Unleash Your Entrepreneurial Spirit

Hi, I knew there was more to life but I was fearful of losing everything I worked for so I couldn't quite get myself to make that leap... to unleash my entrepreneurial spirit... Until one day when I discovered these secrets that I'm sharing with you now......
Watch Now